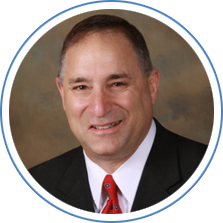 Dr. Longobardi was born and raised in Long Island, New York, was a U.S. Navy hospital corpsman attached to the Marine Corps 1973-1977. He has been practicing in Chula Vista since 1990. In addition worked part-time with the Indian Health Service at Rincon Indian Reservation in Northern San Diego County for over 17 years. He treats various medical and surgical conditions of the Foot and Ankle, and he specializes in Diabetic limb salvage, and wound care.

Enjoys sports, jazz, saxophone and he resides in the South Bay Community with his wife and 2 daughters.

Dr. Howie Que brings a wealth of knowledge, training, and experience to our patients at Absolute Foot Care. Dr. Que is a native of Seattle and completed his undergraduate education at the Johns Hopkins University, where he studied Public Health and played on the Men’s Varsity Tennis Team. He then went on to medical school at the California School of Podiatric Medicine, completing his clinical training at UCSF and doing rotations at Harvard Medical School, Georgetown Medical School, and UCLA medical center.

Dr. Que completed his residency training at the highly selective Scripps Memorial Hospital Encinitas residency program, where he logged over 1,200 surgeries and 1,800 procedures. His training focused on complex lower extremity reconstruction, limb salvage, sports medicine, and trauma. Dr. Que looks forward to bringing his skill set to Chula Vista and the surrounding areas and treating patients with a variety of medical techniques focused on the lower extremity, from cutting edge regenerative medicine to advanced surgical reconstruction.

In his free time, Dr. Que enjoys spending time with friends and family and living an active lifestyle including working out, free diving, and deep-sea fishing. Every once in awhile he’ll get back out on the tennis court in an attempt to reclaim his glory days!

Heavy management of the residency program including supervision of the junior residents, overseeing various foot and ankle clinics in north San Diego county, and organizing academic and training workshops.

Heavy concentration in trauma, reconstructive, and elective surgery with a focus on foot and ankle.

National Board of Podiatric Medical Examiners Part I: Passed 2014

BOARD QUALIFIED FOR ACFAS

Worked in conjunction with Mercer Island Primary Care to perform tasks including extensive shadowing with Dr. John Addison M.D., an internist and geriatrician, both in the clinic and in nursing homes. Also traveled to nursing homes to perform blood work on patients residing in both assisted and independent living facilities.

I went in for a ganglion cyst on my right great toe that had been bothering me for quite some time. Dr explained to me in detail & extracted the... read more

Dr. Que was amazing. I have never seen a more caring doctor. I would 100% recommend him and the... read more

The staff at this office are outstanding! The office is impeccably clean! Dr. Longobardi is amazing, his knowledge, thoroughness in examination and... read more

I went in for a ganglion cyst on my right great toe that had been bothering me for quite some time. Dr explained to me in detail & extracted the cyst, then sent it to the lab for further testing. I am glad I went in to take care of this issue, I am feeling much better now. I highly recommend him. His staff is great, very clean office, great atmosphere. I will definitely go back if in need of a podiatrist.

Dr. Que was amazing. I have never seen a more caring doctor. I would 100% recommend him and the staff.

The staff at this office are outstanding! The office is impeccably clean! Dr. Longobardi is amazing, his knowledge, thoroughness in examination and holistic approach to patient care should be a model to emulate! I highly recommend this Doctor!

Font Resize
Contrast
Accessibility by WAH
Call Us Text Us